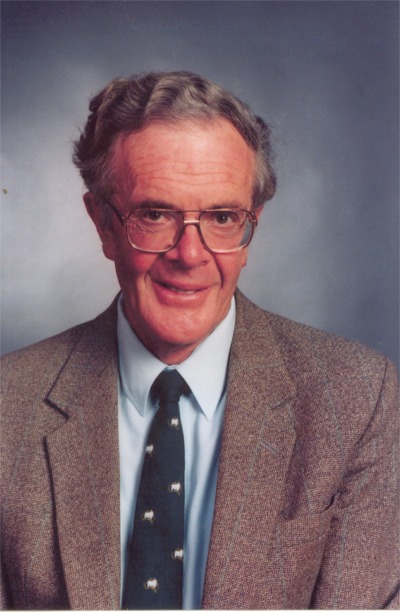 Both the Australian Sheep and Wool Show at Bendigo and Sheepvention at Hamilton provided many features to interest and encourage Corriedale breeders.

The customary magnificent display at Bendigo included a greater proportion than usual of sheep under 1 1/2 years old and also of March shorn sheep.  Our Uruguayan judge, Luis Alberto Carrau Gallinal, and his associate, Fernando Dias Regusci, were extremely consistent in their awards.
Throughout the day they sought big, productive sheep, resulting in a triumph for the Quamby Plains team of senior rams.  Both Luis and Fernando obviously enjoyed their visit to Australia, as did Jim Samma from Argentina.  We, the Australian Corriedale breeders, found them to be delightful company and the Victorian members made certain they were well entertained at all times.

There was also an excellent representation of ewes.  Richard Higgins judged this section and his confidence, consistency and cheerful manner ensured a very satisfactory day for all exhibitors. Awards were evenly distributed, the Gambier View Champion being quite outstanding.

Both Saturday and Sunday were thoroughly enjoyed by both exhibitors and spectators.  Geoff and Margaret Risbey were mainly responsible for an excellent barbecue lunch;  but all of the Victorians proved themselves to be thoughtful hosts and capable organisers.

Just as important as the superb exhibition of Corriedale sheep was the enthusiasm and ability shown by the children of school age.  Both Elisabeth Murdoch College and St. Gregorys College exhibited some of their sheep.  Andrew Cosby and David Baker both deserve high praise for the excellent manner in which they are passing their skills on to these youngsters.  Tribute should also be paid to those breeders, particularly Peter Baker, who are providing them with breeding stock.  Denmark Agricultural College in Western Australia also exhibited fleeces and was represented by students who were also involved with Merinos being exhibited from that State.

Breeders reassembled for another interesting and enjoyable two days at Hamilton Sheepvention.

The overseas contingent this time came from New Zealand, to discuss a cross Tasman analysis of Corriedale Lambplan and S.I.L. data bases.  Renowned breeders Charlie Ensor and John Booker were accompanied by Richard Wakelin and Sheryl-Ann Newman from Meat & Wool New Zealand.  They, together with Johns wife Joanne, joined local breeders for dinner at Gillys Restaurant where they proved themselves to be every bit as congenial as their South American counterparts.

As always, the classes at Sheepvention were keenly contested.  The only interstate competition was provided by Tony & Jan Hunt.  The schedule at Hamilton is considerably more complex than it is at Bendigo;  but Patrick Secker, Geoff Risbey and Ricky Foster made their awards to the satisfaction of
all concerned.  Jim and Brenda Venters took out the Ram Championship with a big, open faced ram. I was particularly impressed by a beautiful type of ewe, carrying a wonderfully soft fleece exhibited by Sweetfield.