The Royal Canberra Show is the first NSW show of the year and the handlers were made to work a little harder than normal, 5 studs and 50 Corriedales were on display.Competition was very strong in the lamb classes; the woolley ram class was won by Badgally Corriedales with a well presentented ram with excellent wool. The woolley ewe class was won by Glen Esk Corriedales with a deep bodied ewe with great wool. This ewe went on to win champion ewe and Supreme Corriedale and second in Interbreed Longwool ewe. Roseville won the Reserve Champion Ram and Badgally the Reserve Champion Ewe. In the older classes Glen Esk won the 1-2 years old ram who was also Champion Ram and over 2 year old ram. Badgally won the 1-2 year old ewe and over 2 year old ewe. The Champion Group was hotly contested but was won by Roseville Corriedales. On the last day of the show Canberra had 50mm of rain in 3 hours, so all the exhibitors had to team up when the shed started to flood, as per normal the Corriedale guys lead the way with some quick thinking, a special thanks to Ed, Rick and Mick from St Gregory's for leading the charge. I would like to thank Jarrod Alcorn for coming in at the last minute to judge the Corriedales and also to NSW Backbencher Richard Carter for being associate judge. 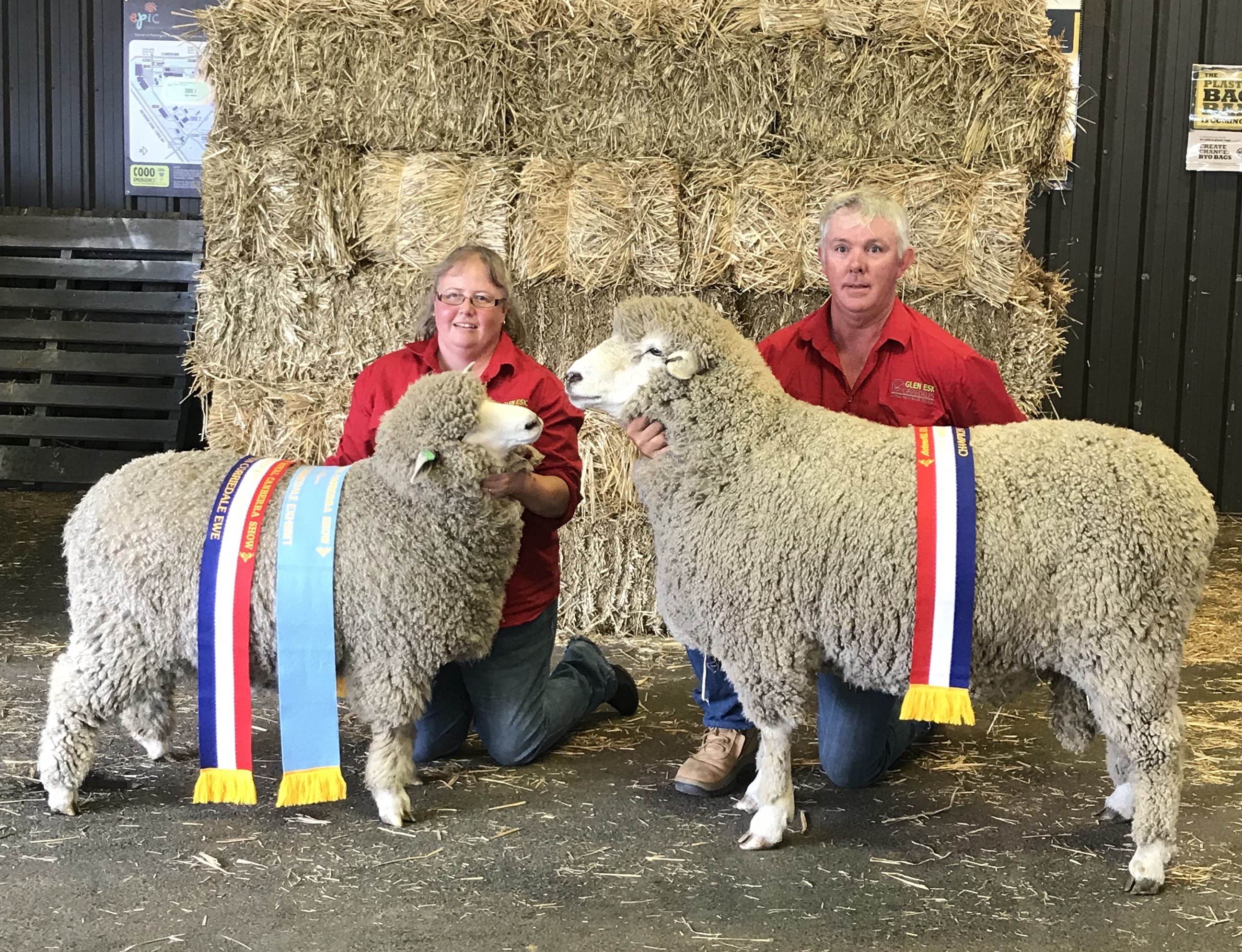