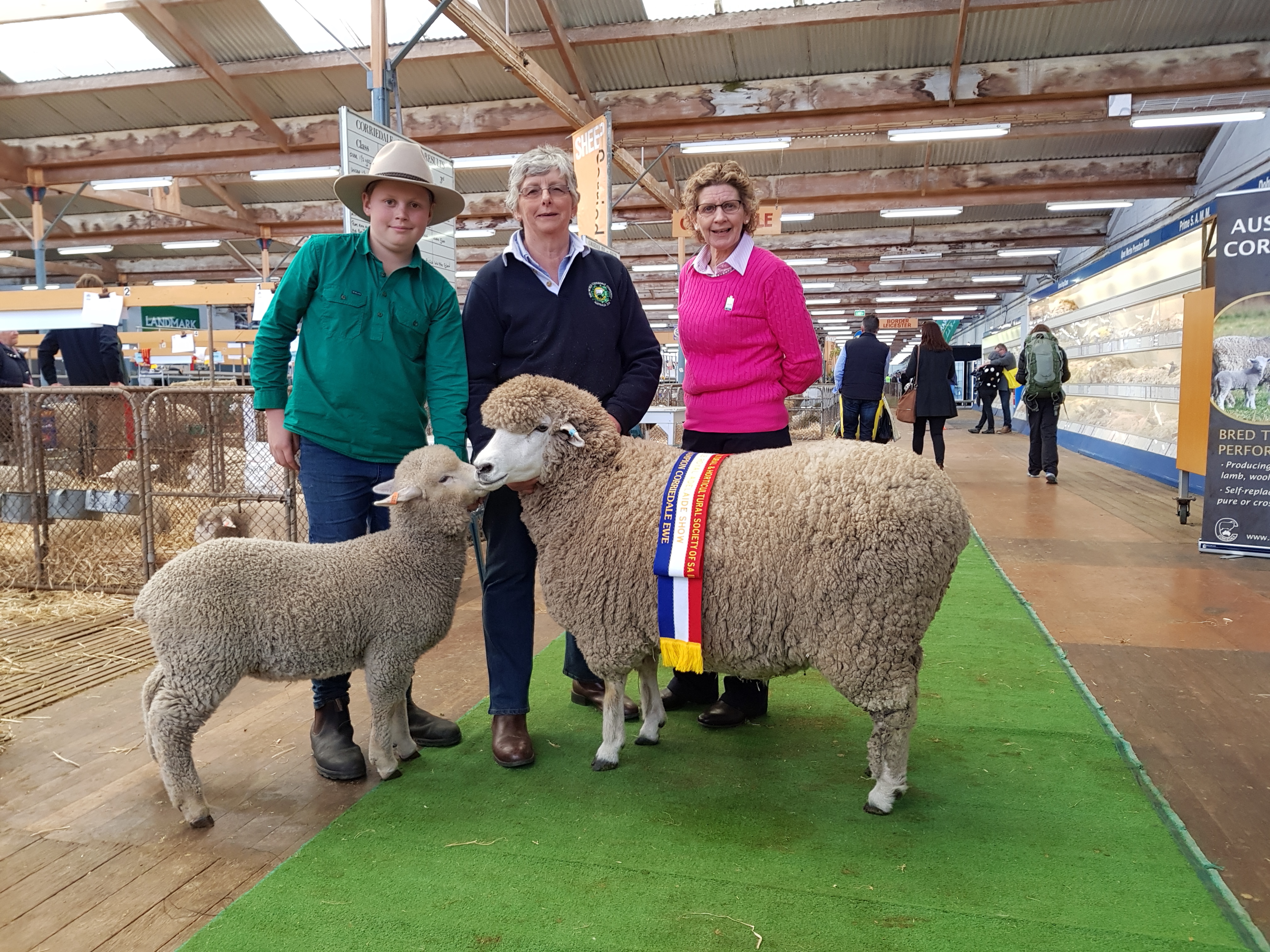 Over 40 Corriedale sheep from three studs were presented to judge Bron Ellis at the Royal Adelaide Show recently, watched by a crowd of interested

Champion ram was awarded to Wattle Glen Corriedales with their ram over 1 years , while Corriedale Hills took out the Reserve Champion ribbon.

Champion ewe was awarded to a 3 year old ewe with lamb at foot, also from Wattle Glen, with Corriedale Hills awarded the Reserve Champion Ewe.